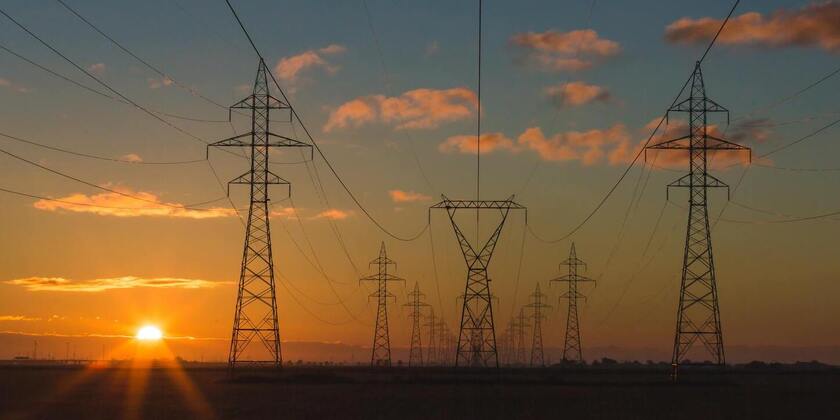 Bitcoin (BTC) has proven to be a very controversial cryptocurrency. If not for its volatility, it’s catching flack for “enabling” criminal activities or something else. Today, it’s getting a lot of stick from conservationists who say it’s ruining the environment.

Conservationists are raising concerns about BTC’s electricity consumption.  The fears lie in the amount of electricity that such a small sector consumes. According to data presented by Tradingplatforms.com, the crypto devours 143 terawatt-hours (TWh) of power annually. That’s more than many medium-sized European nations use.

The statistics paint a grim picture for the earth. That’s according to Edith Reads of tradingplatforms.com. she opines, “The amount of energy that BTC consumes is concerning. Its transactions use more than what some whole countries do at the moment. And this figure is bound to rise because of the asset’s growing mining difficulty that demands more power to execute.”

The figures come into sharp perspective when compared with data from other sectors. For example, global data centers consume 205 TWh yearly. Comparatively, BTC alone consumes 70 percent of this figure.

Comparing Bitcoin’s electricity demands to those of individual tech firms highlights the stark contrast in their consumption volumes. For instance, Google, the premier search engine, uses only 12 TWh. That’s a twelfth of BTC’s energy use.

Likewise, Facebook’s energy requirements pale significantly in comparison to BTC’s. The social media giant requires only 5TWh of electricity for its functions. That’s a miserly 3.5 percent of what the crypto needs.

BTC also trumps the energy needs of whole countries. For example, its energy demands beat that of Norway and Switzerland. Whereas the former’s energy demands top 124 TWh, the latter’s stand at 56 TWh. The figures are 19 and 86 TWh short of the currency’s demand. 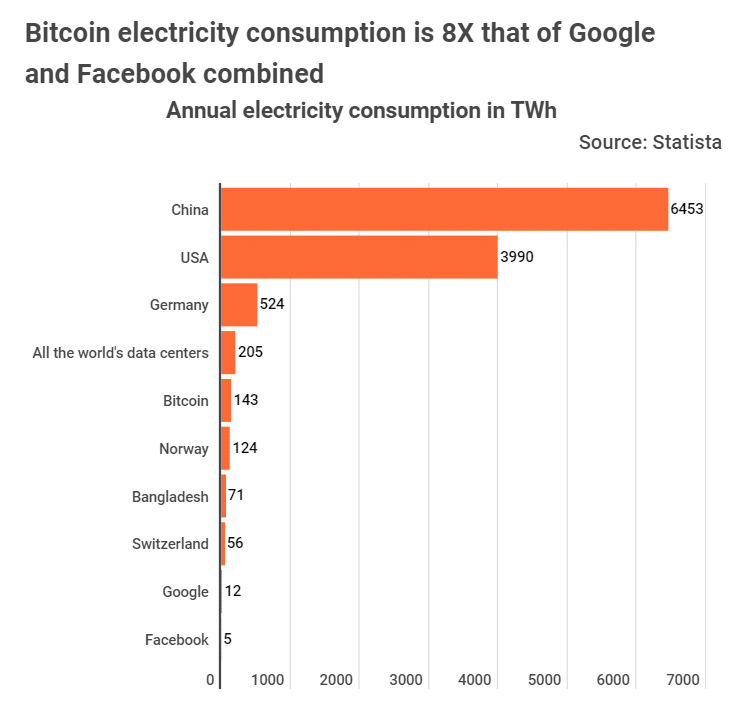 Bitcoin’s bad rap stems mainly from its technology. It uses a proof of work (PoW) consensus mechanism for validating transactions. PoW is energy and hardware-intensive, releasing so much waste to the environment.

Additionally, a significant proportion of its mining activity uses non-renewable energy resources. These resources are affordable and therefore attractive to many miners. They, including coal, leave a huge carbon footprint on the environment.

But the BTC sector hasn’t taken the criticism lying down. Its Proponents have been quick to point out that other mundane activities leave a bigger footprint than the coin. Such include the traditional financial system and the amount of electricity household waste on idling electronic equipment. The sector is also pursuing cleaner and greener mining. Part of that shift involves adopting renewable energy in validating transactions. These include solar, wind and geothermal power. Again, other quarters have called for a change to a less energy-intense consensus like proof of stake.