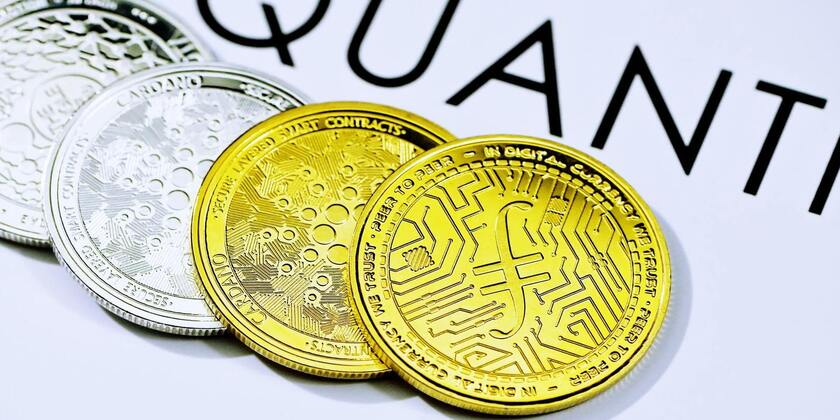 The last seven years have been good for Altcoins. For years they’ve been placed a distant second to Bitcoin (BTC), the premier crypto in market capitalization terms. But the tide is turning, and they’re making ground on BTC as their popularity continues to soar.

Since 2014, the market share for Altcoins has been on an upward trajectory. And according to data presented by Tradingplatforms.com, they commanded a 62 percent dominance of the crypto market as of 9th December 2021.

The figure represents a tripling of their dominance in the last seven years. They’ve surged threefold from a market share of 21 percent to stand at the current 62 percent figure.

Edith Reads from tradingplatform.com says, “The growth in market dominance of the Altcoins is indicative of a shift in thinking about crypto assets. Many are embracing them as alternatives to BTC and even government-backed cryptocurrencies such as the eKrona are being developed. As the crypto space continues to evolve, BTC’s dominance will come under increased pressure.”

On the contrary, BTC’s market share in the same period has been declining. In December 2014, its market cap stood at 78 percent. But that position has continued to erode to stand at 38 percent at the study’s publication.

Edith Reads went on to talk about the importance of the metric. She affirmed, “A higher market dominance in most cases translates to higher market caps.  Market cap is a crucial factor in crypto ranking. Large caps suggest safe investment and trading options as such cryptos tend to be less volatile. In essence it’s a pointer to how stable the asset is.”

Going by her assertions, one would conclude that the public is increasingly gaining confidence in Altcoins. One reason for this is that the coins provide them with greater upside potential. 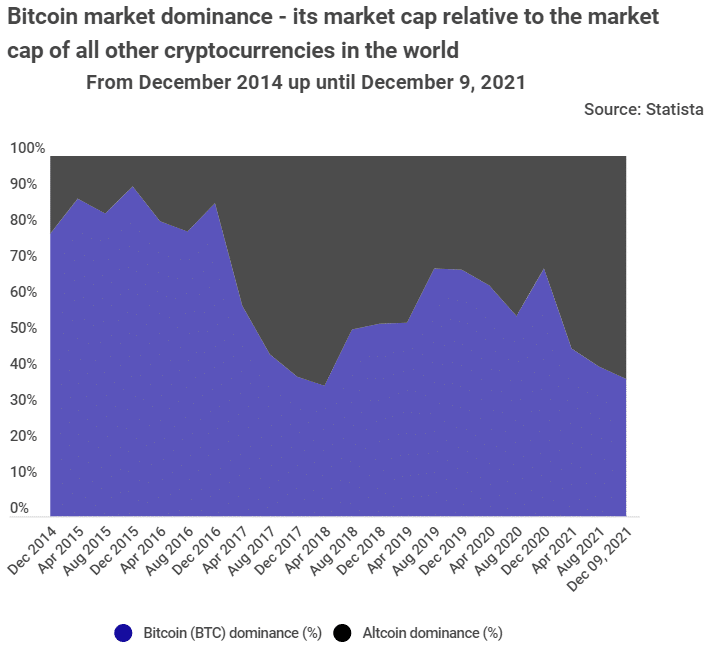 Other areas where they’ve found a foothold are the NFT and metaverse sectors. There, they are enablers of new ways of ownership. BTC, however, hasn’t found footing in those spaces yet. Besides, Altcoins are built on better Blockchain technology. Thus they afford users more streamlined and cheaper transactions than BTC would.

Bitcoin has also got a lot of stick from environmentally conscious quarters. For instance, despite holding substantial amounts of the coin, Elon Musk has been a vocal critic. His criticism of the coin’s carbon footprint saw its price plunge. His announcement that Tesla wouldn’t accept BTC payments further compounded the coin’s woes.

Again, the coin has taken a beating from China’s ban on crypto mining services. A government crackdown on crypto and BTC, in particular, has seen a decline in the crypto’s hashing capacity. The lost hashing power has resulted in the declining value of the coin.