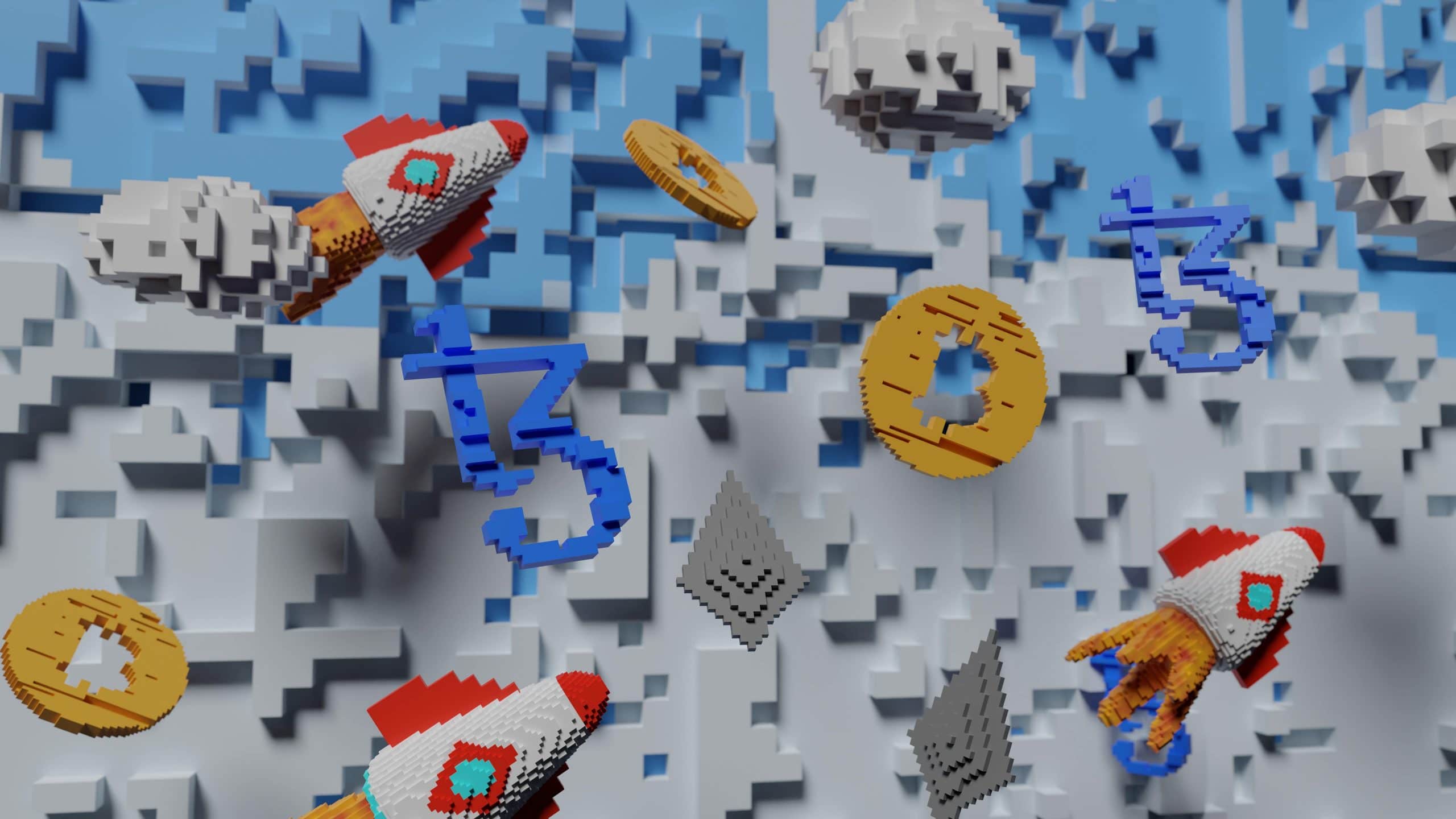 Non-fungible token (NFT) marketplaces have made a killing in the previous month. According to data presented by tradingplatforms.com, NFT global sales surpassed the $4 billion mark. The data covered sales from over 40 marketplaces.

Tradingplatforms’ Edith Reads has been analyzing the data. she says, “2021 will go down as the breakout year for NFTs. The growth in their sales is due to two main factors. First, people are increasingly understanding their value in the provenance of ownership. Secondly, celebrities and artists like Kevin O’Leary and Snoop Dogg are adopting NFTs, pulling their followers into the space with them.”

OpenSea, the Polygon-supported marketplace, topped the sales figures. The platform handled about half a million transactions. In the process, it ended up with over $3 billion in returns. Besides accounting for three-quarters of the revenues, OpenSea also saw its transactions grow by 20 percent.

Edith Reads links OpenSeas’s impressive results to a combination of factors. She opines, “Much of the platform’s success has come from its market dominance. Besides that, it has a superior asset offering, a streamlined listing process, and a solid monitoring system.”

Following a distant second was Magic Eden. The platform that runs on the Solana Blockchain earned over $240 million. Its transactions grew by over half, whereas its revenues surged by over 90 percent.

Another platform, Axie Infinity, placed third. It sold NFTs exceeding $200 million. However, things weren’t rosy on its front. It shed off roughly 30 percent of its trades, leading to an almost 70 percent plunge in its proceeds. 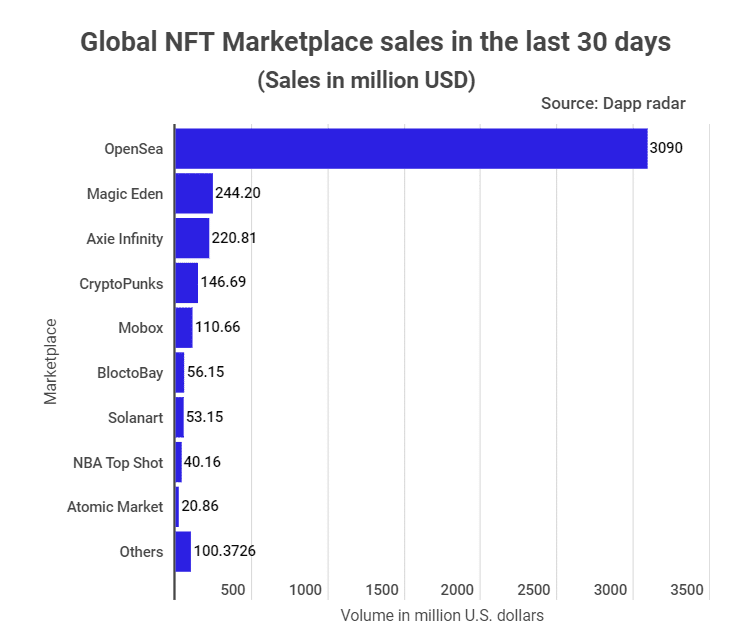 The under $100 million NFT sales group

CryptoPunks and Mobox were the other platforms to gross $100 million in sales. The former made over $140 million while the latter just crossed the $100 million mark. The two took the fourth and fifth positions, respectively.

A second group of 16 marketplaces made under $1 million from their NFT trades. At the lower rung of this group is The Sandbox Marketplace that sold NFTs roughly worth about $1 million. And at the higher end is BloctoBay, whose NFT sales netted over $56 million.

The remaining 24 platforms made less than $1 million. BakerySwap, for instance, sold $27 worth of the asset, whereas Treasureland’s returns exceeded $630 thousand.

Beginning with their 2017 debut, the global NFT market has grown in leaps and bounds. By the end of 2021, the sector recorded sales exceeding $23 billion. Analysts say their market share will increase further as they find more adoption across sectors.