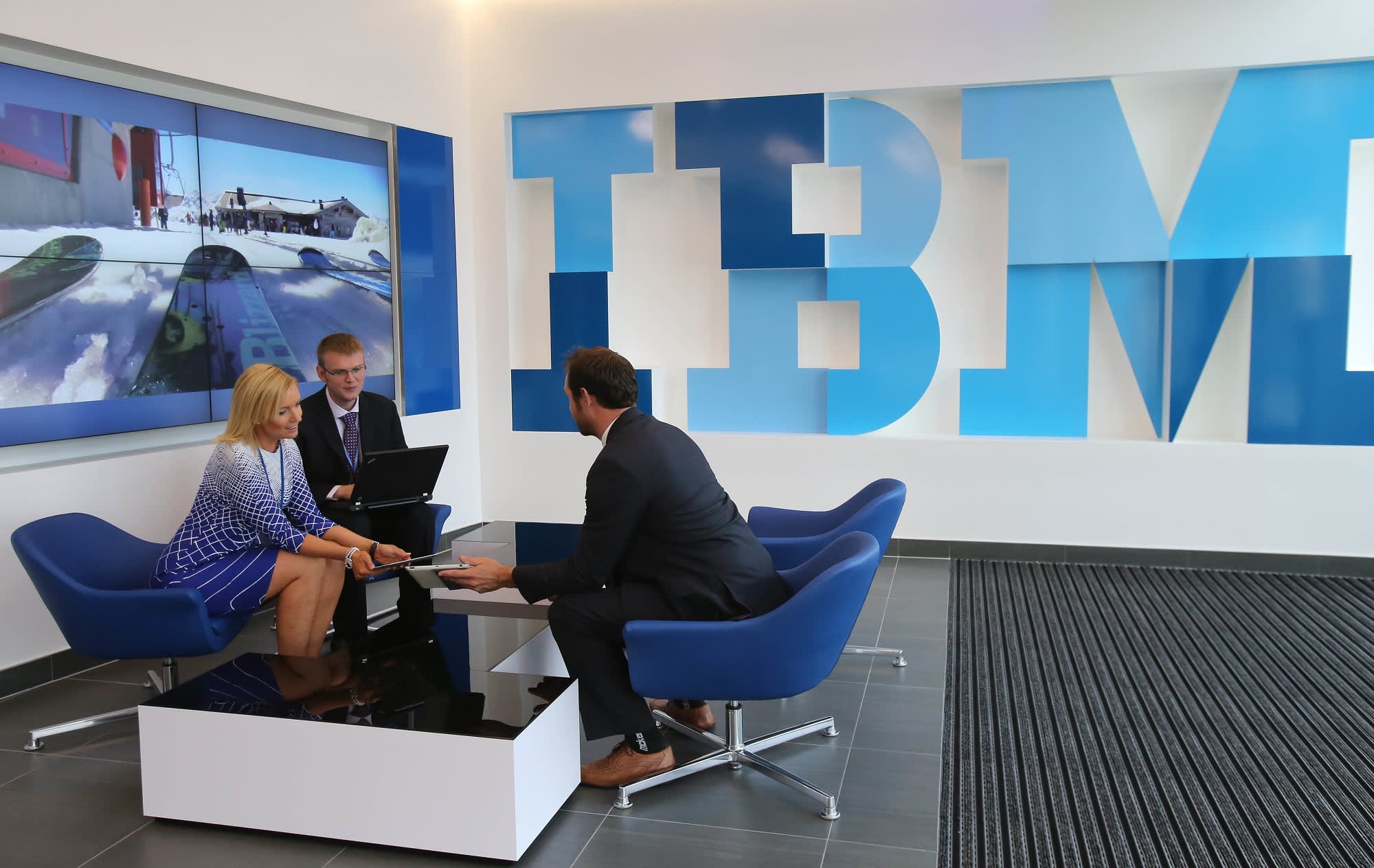 The International Business Machines Corporation (IBM) has seen a 35% decline in its workforce in the last 10 years. That’s according to a tradingplatforms.com data analysis.

The once-dominant computing goliath – nicknamed ‘Big Blue’ has been laying off staff in a bid to be more agile. The corporation employed under 300 thousand people worldwide in 2021.

The technology and consulting company has recorded a downward trajectory in its revenue for the past few years. Thus it has looked to layoffs as one of its restructuring strategies. Additionally, the coronavirus pandemic is another factor that triggered IBM’s significant economic slowdown leading to a reduction in its workforce.

Speaking on the development, Tradingplatforms.com’s Edith Reads says, “ Recently, IBM has taken annual restructuring charges of between $450 million and $1.5 billion, which she estimated have resulted in workforce reductions of between 6,000 and 22,000 per year.”

The company’s revenue has been declining since 2011, when it peaked at a record 106.9 billion U.S. dollars.  Big Blue has been struggling to pivot its global business after a trend of poor results rocked the firm’s bottom line.

In 2017, IBM failed to grow its top and bottom lines for 21 straight quarters in Britain, resulting in leadership changes and repeated job cuts. This played out across the firm’s global workforce – with IBM offloading several workers over the following years.

Moreover, between 2018 and 2019, the corporation saw a massive decline in its revenue by almost 27%. This decline was primarily due to lower demand for its hardware products and services among businesses and consumers alike. 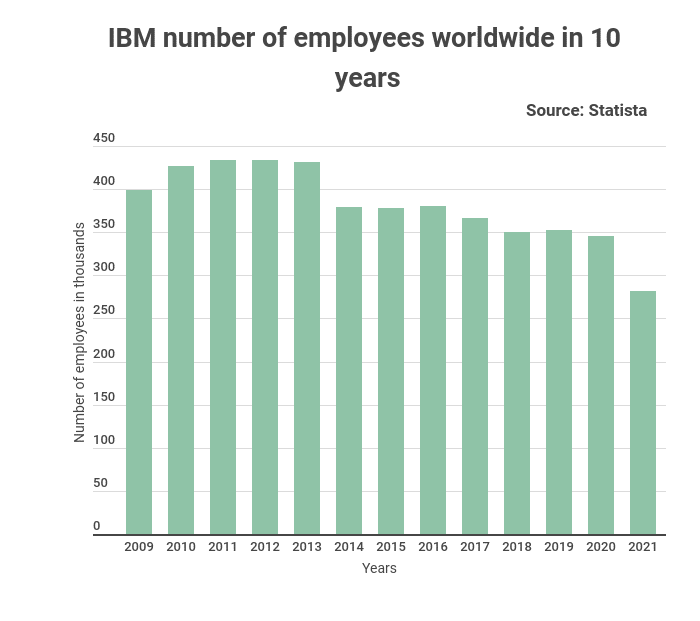 The tech giant is consequently trying to restructure its business model, which could partly explain the decreasing number of current employees.

IBM struggles to adjust to the market shift

IBM has been facing stiff competition from other companies. The decline of the American tech company can be attributed primarily to the rise of cloud computing services offered by other establishments like Amazon Web Services (AWS), Microsoft Azure, and Google Cloud Platform (GCP). These companies provide services that are much more affordable than IBM’s offerings at present.

Additionally, these new players are also able to offer more flexible pricing options that allow customers to pay only for what they need rather than buying expensive hardware upfront like IBM does when it comes out with new offerings. Consequently, its offerings tend to be less successful compared to the competition.

However, despite these challenges, IBM remains optimistic about its future success. The corporation recently launched a new initiative called “IBM Next”. The initiative will assist customers in navigating their digital transformations by providing them with insights into emerging technologies such as artificial intelligence (AI) and blockchain technology.