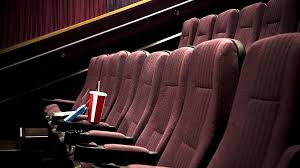 The 2020 Coronavirus pandemic’s devastating effects were felt all around the world and impacted many industries negatively. The film industry was one of the hardest hit as both supply and demand were both adversely affected as the virus forced people to shelter home and isolate. This meant significantly fewer people able to go to the cinemas, as well as fewer movies being made as logistical demands brought on by the pandemic made it nearly impossible to shoot a full-blown Hollywood movie.

Sony recorded the largest box office revenue in the US and Canada with a total of $495.5M for 2020. $206M came from their major hit ‘Bad Boys for Life’, the latest instalment of the Bad Boys movie franchise which was the biggest box office hit of 2020. Universal and Disney/Fox also had respectable box office revenues with $429M and $413.6 respectively.