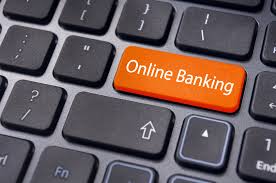 The banking industry has long been around and has always been at the forefront when it comes to technological innovations. One of the most recent innovations that have become more prevalent is the use of internet banking. According to data presented by Trading Platforms, online banking penetration in Great Britain reached 76% in 2020 compared to 42% in 2010.

From the early days of the development of ATM cards to the widespread use of credit cards and more recently, contactless payment options, the banking industry has always welcomed technological advancement as a way to enhance the products and services they provide. The rise of non-brick and mortar banking institutions and fintech companies have also made banking much more accessible and much more mobile in recent times.

In 2007 online banking penetration was at a mere 30% in Great Britain but the number reached 76% in 2020. Both traditional established banks and newer digital online banks have taken advantage of the rise of mobile devices with the smartphone the preferred device to access online banking. In Q1 of 2020, 58% of survey respondents indicated accessing their online banking through their smartphone in the three months prior to the survey, while only 14% indicated they used their tablet device.

App-only Banks on the Rise in Europe

The rise of alternative payment options from traditional banks has also been on the rise in Europe. One of the more prominent ones is London based financial company Revolut who in February 2018 announced that they had secured over 1.5 million customers. By 2020, that number had grown to an impressive 10 million customers.

Projections for Revolut shows them continuing on an upward trend reaching 18 million customers by December 2021.