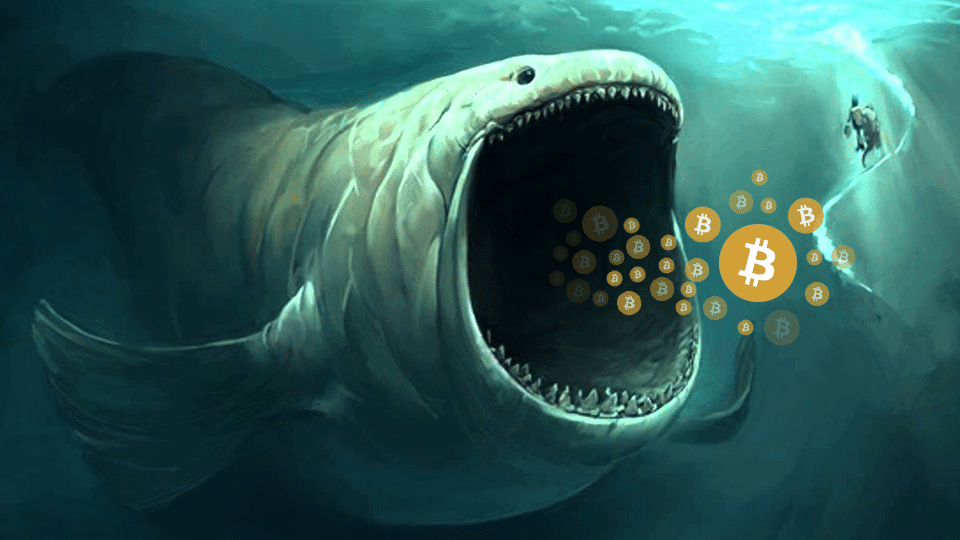 10 holders own nearly 6% of circulating Bitcoins (BTC). That has emerged from tradingplatforms.com’s analysis of the crypto’s distribution over the past month. The form indicated that the 10 held 5.59% of all BTC on 20th March 2022.

At the time of writing, there were 18.988 million BTC circulating. Therefore, considering tradingplatforms.com’s data, the 10 held slightly over 1M BTC. That holding works to roughly $41 billion.

“This statistic is important to any BTC investor,” said tradingplatforms.com’s Edith Reads. She added, ” It’s important to know who holds sway within the BTC ecosystem and by how much. That’s because players with significant holdings may influence BTC prices.” 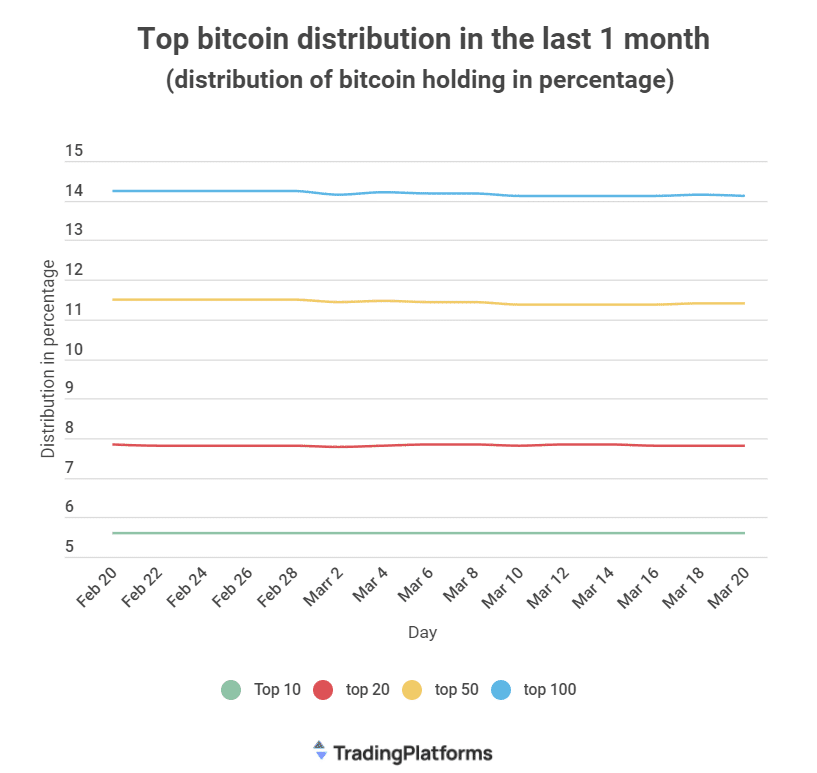 Analysts hold that Bitcoin’s value would drop substantially if top holders begin selling their coins. But if they hold on to the asset, they enhance its stability, thus ensuring its long-term growth. Edith has emphasized that much too.

Here’s what she had to say regarding the influence of BTC whales. “The good news is that Bitcoin whales are generally good for the economy; they typically don’t sell their Bitcoin off. So having them hold a large percentage of the total circulating supply isn’t necessarily a bad thing for low-level investors.”

To her, BTC whales have a lot to gain by hodling rather than disposing it of.  She suggests that the promise of future price gains makes it advantageous to hold the crypto longer. It’s important to note that BTC is susceptible to  price plunges.

Available data shows that wallet address 34xp4vRoCGJym3xR7yCVPFHoCNxv4Twseo holds the most BTC. At press time, the wallet had 252,597 BTC, amounting to 1.2% of the circulating BTC.

Some other four addresses held between 116K-168K BTC. These account for between 0.56% and 0.80% of the crypto’s supply. The rest hold anything from the minutest fractions of the coin to 94,643 BTC.

A growing number of BTC wallets

That means that the unique wallet addresses grew by 1,156,149 in a month. This growth represents an increase of 3% in that time frame. This growth is partly a result of more players looking at BTC as a better hedge against inflation.