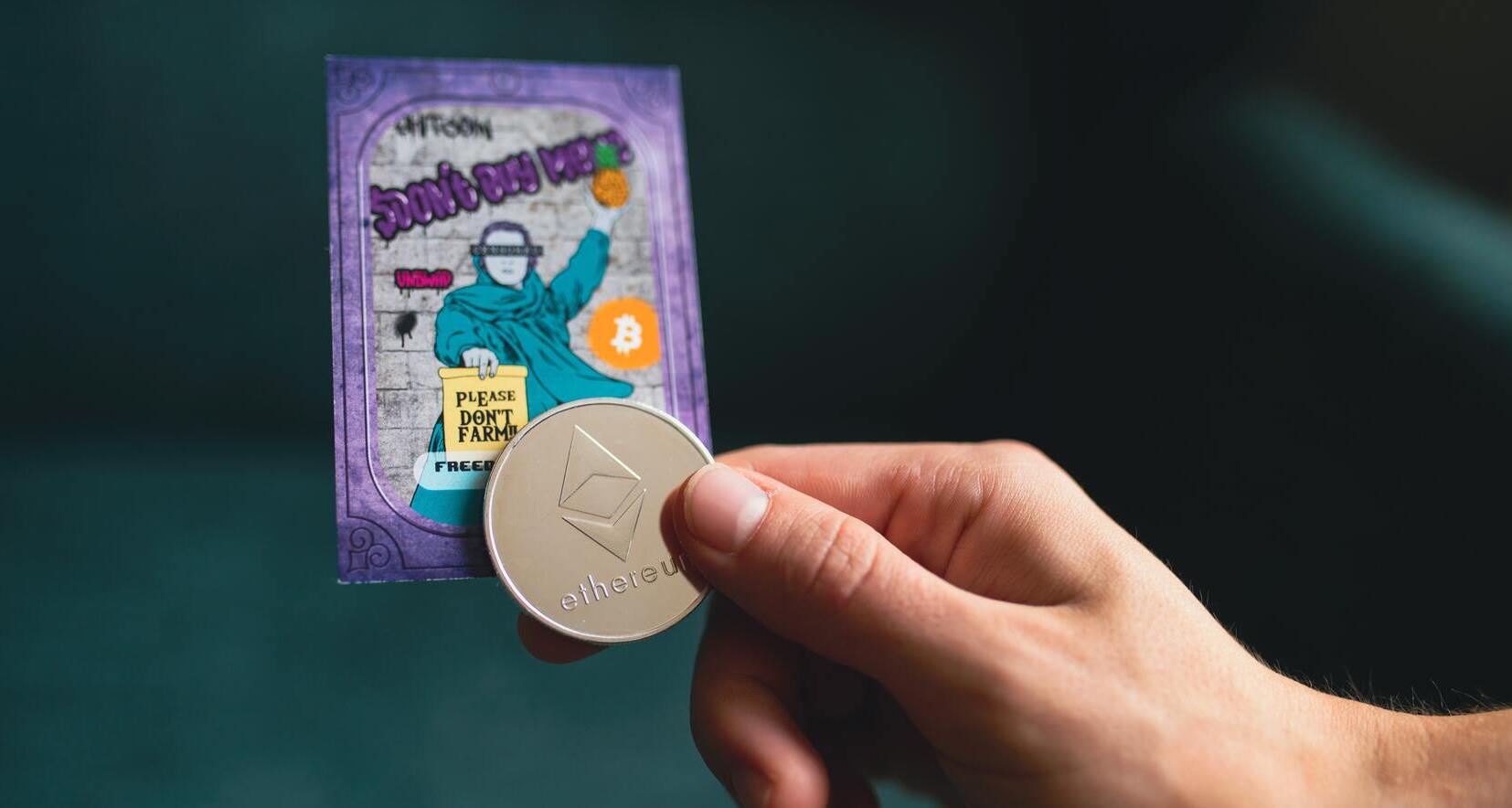 NFTs have had a good run in the last month, with over 20 of them recording sales of over $1 million. According to data presented by tradingplatforms.com, All Time High in the City  recorded the highest sale price within this period. The NFT, minted about four years ago, sold for $6.19 million.

Despite missing out on the top spot, the Bored Ape Yacht Club family dominated this list of top NFT sales. Of the 23 spots in the list, Bored Ape NFTs occupy seven. Crypto Punks was also a top performer, grabbing seven other positions.

Other collectibles that made it to the list include Vox Collectibles, whose NFT, Dragon-Blue Vox#2054, sold for $5.02 million. The sale came in third, behind Mega Mutant Serum, which sold for $5.79M.

The lowest selling NFT on the list was CryptoPunk #8305, which was sold three weeks ago for $1.01 million.

Overall NFT markets on the rise

Speaking on the data findings, Edith Reads from Trading Platforms had this to say, “It is safe to say that we are now witnessing a surge in the NFT scene, and we can largely attribute this to the cryptocurrency boom over the last few years. Besides, the anticipation of Web 3.0 is also a significant driving factor behind the NFT sales surge. Although the scene is still dominated by a handful of artists and digital collectibles, it seems that soon more contenders will get in to level the playing field, as more crypto users jump on the NFT wave.”

Going by the current metrics, it is clear that the NFT markets are continually rising. 2021 was monumental to digital collectibles, as they gained familiarity amongst the crypto community. Data shows that the NFT marketplace was worth $41 billion at the end of the year, almost closing the gap to the traditional art industry. 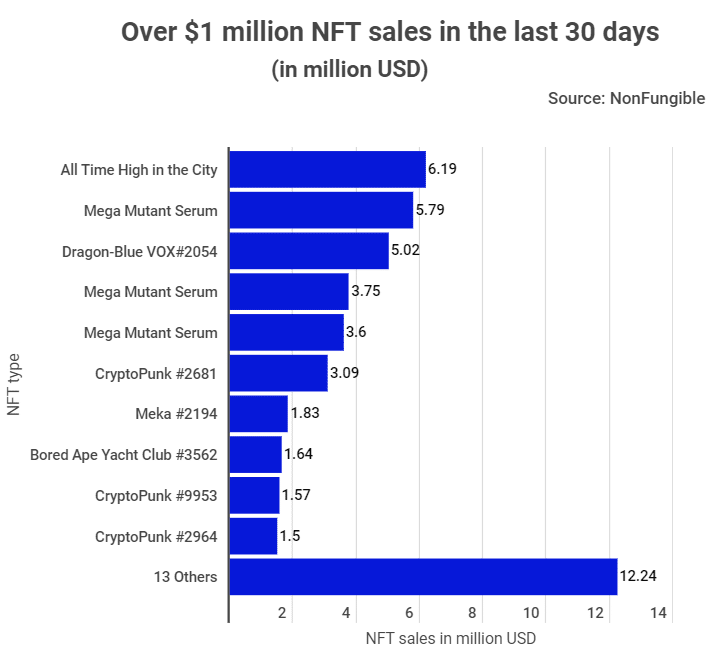 Although not many people knew at the start of 2021, the marketplace for digital art and collectibles exploded in the second half of the year. Big brands like Adidas and NBA and celebrities like Snoop Dog further fueled the NFT craze by getting involved in the crypto-asset industry. Facebook’s rebrand to Meta was a significant boost to the NFT marketplace as metaverse tokens soared in the weeks following the announcement on 28th October.

Despite the industry’s fast growth last year, we cannot tell for sure what direction NFTs will take this year. On the one hand, 2022 seems to be even more significant for the non-fungible token if we go by last month’s sales only, which skyrocketed to a staggering $2.73 billion. However, some experts claim the extraordinary rise is slowing down as the frenzy dies down. Besides, the cryptocurrency market has been on a decline, and although it’s still too early to determine its effect, it remains to be seen how NFTs  will respond to a continuous crypto market decline.

NFTs have become quite popular in the crypto community, and research analyst Mason Nystrom says that exclusivity is the key selling point. NFT maniacs are willing to spend big on rare collectibles for perks such as access to gated channels on platforms like Discord. The high prices lock out most people, so rare collectibles give the feeling of belonging to a particular club.

A good example is the artwork topping our list of the most significant NFT sales in the last month. All Time High in the City is a special edition and part of the SuperRare series, created by XCOPY. The artist is a crypto art pioneer, and although he remains anonymous, he is a legend in the NFT scene.

This just goes to show how much growth these rare NFTs showcase over the years.

Perhaps it is this extraordinary growth that makes critics wary of this new wave of crypto assets. Many argue that the field is still primarily dominated by whales, similar to the digital currency scene.

Cryptocurrency journalist David Gerrard argues that a few users who want to use the marketplace for their benefits manipulate the markets. Thus, NFTs are not as beneficial as they may seem, particularly to artists. He also believes that the markets will come crashing down as more governments introduce regulations.