Home » blog » California raises over $1B from marijuana sales 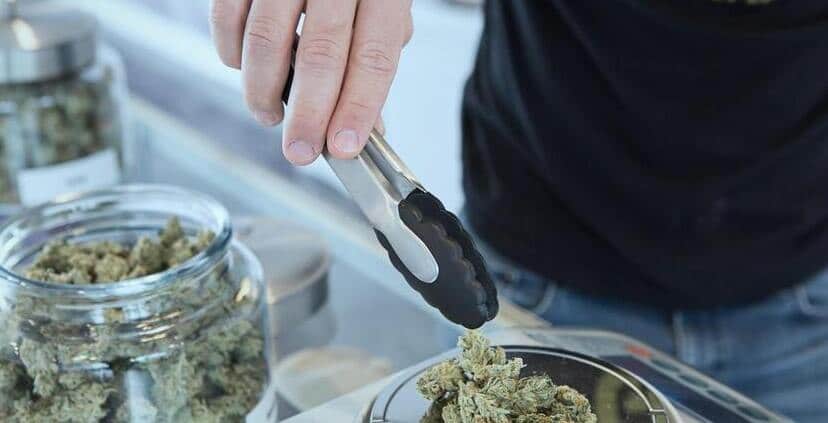 California and Washington led other states in tax revenue from 2020 sales of recreational marijuana. That’s according to data presented by Tradingplatforms.com. The report shows that the two states contributed over $1.6 billion in returns to the taxman.

Per the report, California contributed the lion’s share of tax gains from recreational marijuana sales. The state accounted for $ 1. 032 billion of the total $2.7 billion taxes collected from cannabis sale for the year. This figure amounts to 38 per cent of the tax income.

Washington ranked second in the survey. The Evergreen State’s gains from taxing relaxational cannabis use topped $614.5 million. And rounding up the top three states was Colorado, with a share of $362 million.

Other states that contributed significant amounts to the taxman are Illinois, Oregon, and Nevada. The three states brought in a combined total of over $450 million. Of that figure, the former contributed about $175 million, Oregon $158 million, while the latter added $ 123.7 million. 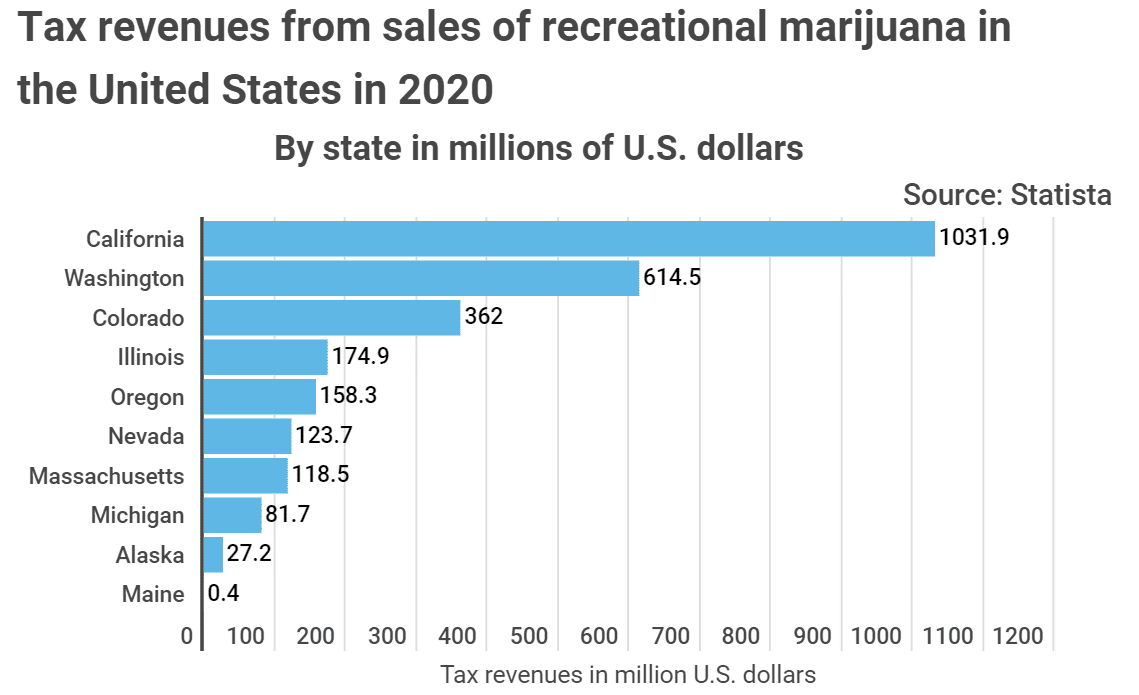 The figures come when there’s an increase in the number of recreational cannabis users. Available data shows that up to 3.43 million Americans use the plant for relaxation purposes.

That figure is projected to rise buoyed by two factors. First is marijuana’s growing usage among the youth. Statistics show that 53 per cent of people in the 18-34 year old demographic have ditched alcohol for cannabis.

“For this group, marijuana drinks are about freedom. To them the cannabis drinks expand their options for beverages available to them.“

Secondly, the number of states legalizing the use of recreational cannabis is growing. To date, 18 states have approved the usage of cannabis for leisure.

This number is bound to increase as the American public is increasingly growing pro-marijuana. Research indicates that up to 68 per cent of the citizens favor the legalization of the substance.

The growing enthusiasm for cannabis in the US ties in with a similar trend globally. Projections show that demand for legal marijuana will more than double by 2025. Starting from 2020 figures of $13.4 billion, it will grow to $33.6 billion in 2025.

Despite contributing the highest tax, things are not all rosy for the California marijuana industry. Several players in the space warned that the sector was facing collapse if the state didn’t institute quick interventions.

In a letter to the state governor, the 29 business executives pointed out several issues they thought ailed the industry. They said ineffective legislation, implementation, and oversight over the marijuana sector were driving them out of business.

The executives chided the California cannabis system for being a nationwide mockery. They added that the absence of meaningful change would force them to choose between paying high taxes into a failure-prone system or their employees.

Among the measures that the lobby proposed to remedy the situation include:

Despite lobbying for accomplishing these goals in the legislature, none have borne fruit yet. Observers reckon this has eaten into profit margins and driven investors away from the regulated market.